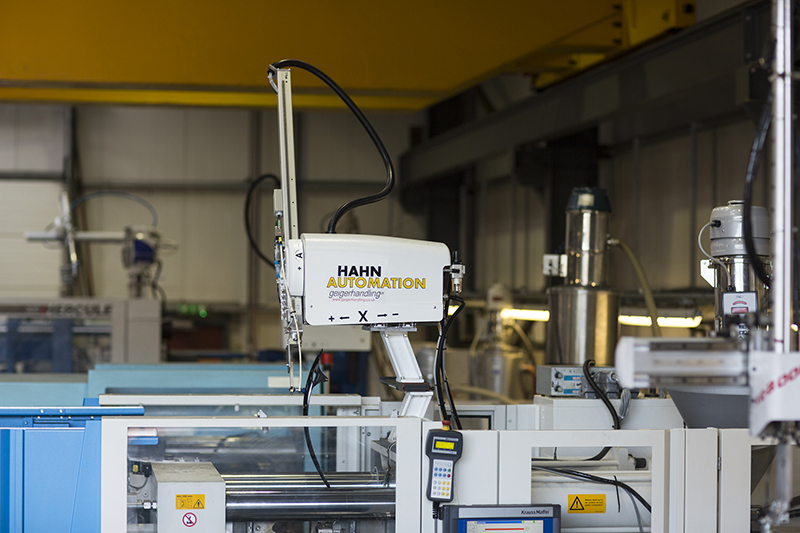 15 Jan The Internet of Things and Digital Manufacturing

Posted at 15:16h in News, Uncategorized by Con Larkin
0 Likes

The internet of Things (IOT) is a relatively new concept and one which most could be forgiven for knowing very little about. Essentially all the IOT is about is connecting electronic devices together through the internet, meaning anything which uses the internet could and should be connected. The main goal of the IOT is to make our everyday processes smarter and more efficient. By being able to anaylse real time data we can act on it sooner and see what strategy or technique has the most effect on our processes.

Arguably, we all do this already, and as injection moulders our machines have alarms set to trigger when a fault occurs whereby the operator or technician will check the real-time data provided on the console to identify and rectify the fault. This is also what happens in regards to quantity produced as the amount is noted on the console for the operator to see while manufacturing is taking place. Following this, the machines ability to count stock could be intergrated with the warehouse stores, meaning stores are automatically updated before the delivery and no human input would be needed in regards to noting quantity and then inputting it into the stores database.

Another talking point at the minute is digital manufacturing and the 4th Industrial Revolution or ‘Industry 4.0’. We’re already seeing this taking effect through recent innovations such as rapid prototyping through additive manufacturing (3D Printing), as well as laser cutting and CNC machining. The IOT as previously mentioned is all a part of this ‘4th industrial revolution.’ whereby technology as a whole will change the way manufacturers work.

An example of digital manufacturing would be the increased use of automation which is becoming more prevelant in manufacturing. Injection moulders require automation to remove components from machines and in some cases even pack boxes. However, the automation doesn’t stop there as even the moulding machines themselves are essentially automated. Most jobs nowadays require human oversight, rather than human intervention and continuous involvement.

Digital manufacturing allows us to produce faster while reducing costs, which obviously sounds great. This is simply because machine processes can be standardised and repeated without fail as they aren’t subject to mood, hunger or boredom, which humans are all suseptible to. Which brings us back to the IOT, here operators can observe the real-time data from the manufacturing processes. If the machines cycle time is to slow, this will be apparent and can be rectified; if there is an issue with the finish of the component the error will be easily identified and also rectified. The next step in this innovative process would be for the software to recognise and fix the fault itself via Artificial intelligence, something which is being discussed more and more in terms of achievements being made technologically but also the ethical concerns and potential dangers. For more information, watch Terminator.

One of the major concerns expressed by the public and business is what is digital manufacturing and what is the IOT? How do we use them? To answer this, it would appear that over time these systems are simply becoming more and more intergrated within homes and business. As standards improve and society moves along it becomes second nature to adapt and in extreme cases those who stay stuck in their old ways are the ones who do fall behind. Our message to the majority would be to not worry about adapting as you simply will learn to over time. For businesses and specifically manufacturers we recommend a continuous investment year on year on autonomous machinery, people and software.

To conclude, the IOT and digital manufacturing are two concepts becoming more prevelant and more useful in todays society. As business grows it makes sense to make things more efficient and in doing so making processes cheaper, and easier. Everyone should care about the ‘Industry 4.0’ as it will effect us all in manufacturing. With consumer demand at the highest point its ever been, the necessity and constant want requires things to happen immediately, meaning no time can be wasted. Technology allows us to do things quicker and better, but it also allows us to make predictions about the future and forecast events that are yet to happen.