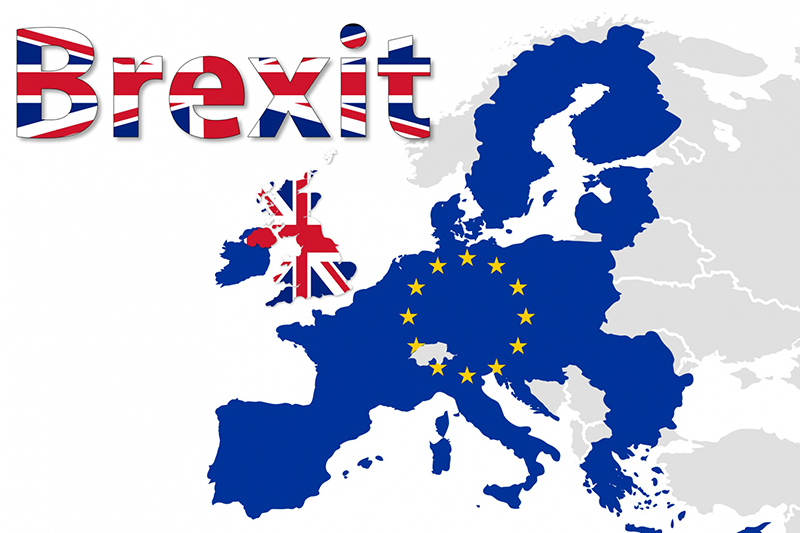 15 Jan Brexit and the Plastics Industry

Posted at 15:15h in News, Uncategorized by Con Larkin
0 Likes

It’s been over a year since approximately 46.5 million UK voters turned out to vote on whether the UK should leave the European Union. The result shocked the nation, as the Brexit campaign won with a slight majority of 52% of the vote, a result the brexiters themselves probably weren’t even expecting. However, since the 23rd of June, 2016 the UK has been crippled by instability both economically and politically, all surrounding our potential departure of the European Union.

Immediate effects of the Brexit vote were apparent as the Pound fell against both the Euro and the Dollar, and the FTSE 100 dropped when it had previously been climbing at a consistent rate for some time. To add to the chaos, large firms located in London threatened to move out of the UK should Brexit become a reality. The chaos was capped off by David Cameron resigning almost immediately, and so the country seemed to be on the brink of collapse with no leader and no ideas. Unfortunately, this uncertainty has carried on throughout the year and was most certainly not helped by the election held last month, June 2017 which saw Labour revitalised under Jeremy Corbyn, while the Conservatives and Theresa May lost their majority at parliament.

From the above you’d think the country would have collapsed and we’d all be broke, however, we’re still here and on the contrary British Plastics is seemingly doing rather well. The British Plastics Federation (BPF) released their conditions survey for June and July this year, and found indications of optimism within the industry. The survey results showed that 80% of respondents were predicting an increase in sales turnover within the next 12 months. In addition there also seems to be a large amount of investment going into plastics, in regards to new factories and machinery, but why such optimism when leaving the EU could be so detrimental for UK business?

To put it into perspective, plastic is all around us, from our pens on our desks, to our bottles, cups and containers, it is everywhere. This necessity, could be what is driving such optimism, that plastics in the foreseeable future will always have a demand, meaning that plastic manufacturers have nothing to fear. The recent advances in 3D printing have also seen a boom in plastics in regards to rapid prototyping and other exciting ventures. As discussed in a previous article, we have seen more manufacturing businesses returning to the UK rather than outsourcing to countries such as China and India which are traditionally cheaper made but poorer quality than the UK equivalent.

However, it is foreign exports which we would all like to see increase and this may improve with trade deals across the Atlantic to the United States and there are even talks of Australia wanting to begin negotiations as soon as we leave the EU. Obviously there will be some cost, as you can’t ship something around the world and expect to pay the same as going into Europe, but the optimistic approach is promising, rather than the doom and gloom portrayed by some.

One main issue that has arisen recently is the potential lack of labour, should Brexit go ahead. There are reports stating figures of around 24% increase in manufacturing job vacancies. The issue here is that labour from Europe typically subsidised the jobs British people didn’t want to do. As culture has changed so have jobs, with a shift to the services industry British people no longer want to work on small wages while working excessively hard in a factory. We are in a generation where people are told they can be and do whatever they want, when this may not be the reality. A discussion for another day perhaps.

To conclude, the immediate effects seen from the Brexit vote are still apparent, yet industries such as British Plastics remain optimistic for the future and look to take advantage of a new step, rather than looking backwards. The optimism shown by plastics manufacturers could partially be down to the growing trend of “Made in Britain” seeing British businesses coming back to Britain from abroad meaning there currently is more work available to them than what would have been if businesses hadn’t started moving back. Though future labour shortages will be a huge issue in the future should action not be taken now to train a more skilled engineering focused work force. Once we leave the EU it will become apparent as to what it will mean for British businesses and their trade with European countries.

Thank you for reading, would just like to quickly mention that we are looking to do these news articles as a regular thing, feedback is appreciated and hopefully the quality of these articles will improve over time as we learn. Thanks again

For our next Newsletter we will be discussing the “Internet of Things” and “Digital Manufacturing.” What are they? How do we use them?

(Disclaimer: Opinions represented in this article do not represent that of the company registered: Malton Plastics (UK) Ltd.)